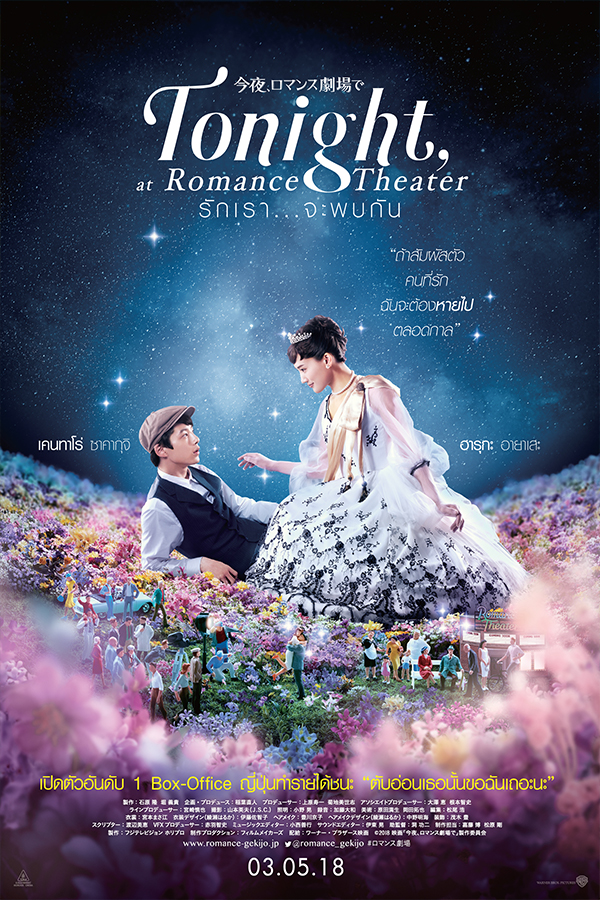 An old man being treated in a hospital is always clinging to what appears to be a screenplay for a film. When a young nurse, Amane, asks him, "What's it about?" he bashfully begins to tell the story. "It's a magical tale of a young man..." 1960. Kenji Makino is an Assistant Director at a film studio. He dreams of one day becoming a director, but all he does now is run errands. Kenji's outlet and secret pleasure is watching his favorite old romantic movie at the theater -- an old black & white treasure that only showed for a brief period before being cancelled. But the film's heroine, a princess named Miyuki, was the love of his life. One day, the director of the movie calls and says he wants to buy the old reel of film. The owner of the theater agrees to sell it, despite Kenji's protests. "This will be the last showing..." But then something miraculous happens. Following a clap of thunder, the heroine of the movie literally jumps off the screen...in black and white! She's breathtakingl